Did you just read that in the voice of an annoying 16 year old girl who spends way too much time looking at UGG boots on Instagram? Good. You’re already getting it. You won’t find these types of new year resolution here however.

First off, writing a post about new years resolutions (not what this post is about, but still) in January is so cliché, which is why I elected to write in February. Take that, clichés.

Aaah, 2016. What a ride you’ve been. There were ups and downs. Trump was sworn in as the Commander-in-Chief.  So yes, a lot, lot, lot, lot of downs. A lot of industries lost their poster men- and women. When I look at the extensive list of deaths this year, it’s hard to fathom that so many people I admired whilst growing up passed in a single year. SO much has happened in a year, one might almost forget what went down. This is why I decided to have this little rundown of things you shouldn’t forget happened this year :

The music industry took a major hit, with the passing of David Bowie, Prince, Billy Paul, Toots Thielemans (Belgian!) , Leonard Cohen, George Michael and a few others. Literature took a plunge as well, with Umberto Eco and Harper Lee kicking the bucket the same day. Then there’s the area of cinematography, where Alan Rickman split town before his time and Carrie Fischer told us all to fuck off by having her urn shaped as a Prozac capsule just ahead of seeing Trump kick out yet another black family from their (white) house.

Then there are a handful of events which happened in 2016 which can be categorized in 2 categories : things everyone (should) care about and thing no-one cares about but which are hilarious. Kind of.

Things everyone (should) care about :

Things no-one cares about but which are hilarious  :

I myself refuse to make New Year’s resolutions because as the Daily Mirror shows it so perfectly, they’re all too easily broken. Case in point :

I will however refrain from doing certain things in 2017. For one,  I will stop relying on BMW’s ‘mobility system’. Because why put in a spare tire when you can put a canister of pressurised glue instead right? It’s not as bad as a band-aid on a gunshot wound. It’s worse. It’s like putting hair mousse on a gunshot wound. Sure, you’ll look pretty. And dead. Mostly dead. How in the world engineers thought a canister of gel could replace a tire is beyond me, but they might easily tie with Trump for ‘most-unqualified-personnel’. 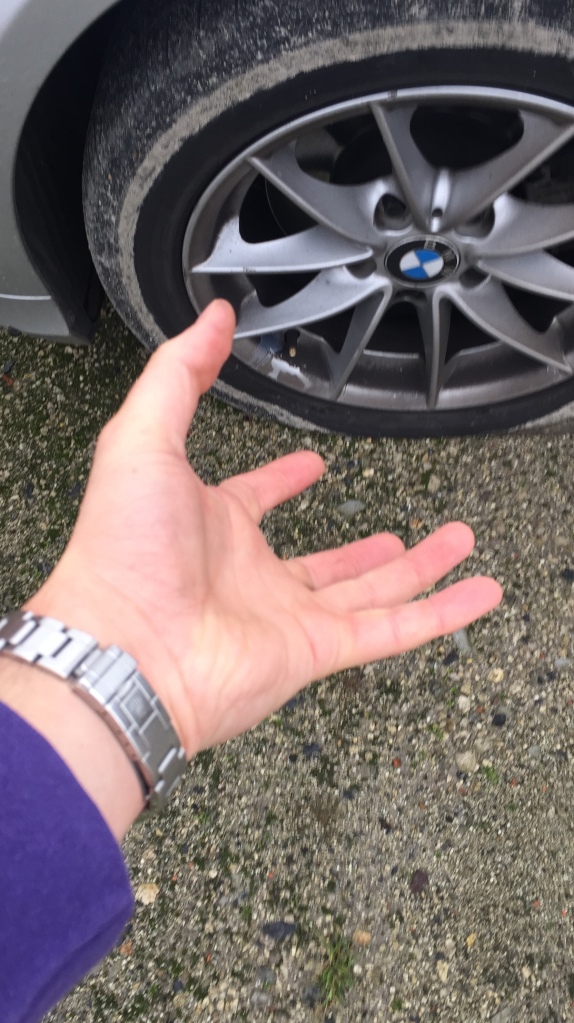 Thumb for scale. Sure, that’ll fill a tire.